Urbanization is one of the most significant developments of the 21st century. According to the Swiss Federal Statistical Office, over 50% of the population lives in cities, and this figure is expected to rise to around 70% by 2050 (admin.ch). What can Villiger contribute to reduce the environmental impact per capita? We would be pleased to present two systems in detail, among others:

Underground collection press: Quadromat Press System
Underground press stations from Villiger compact waste and thus significantly minimize the volume. Stored underground, they do not disturb the visual impression of the surroundings and do not take up any space. It should be emphasized that the use of a Quadromat significantly reduces truck disposal trips. This is not only important for traffic volume and CO2 emissions, but also helps to reduce the overheating of cities. Learn more about the Quadromat system and its success stories.

Intelligent Container Management: ICOM
CO2 emissions can be significantly reduced through perfectly coordinated interaction in container emptying. But the time factor during emptying also contributes to minimizing the volume of traffic in cities. Villiger has succeeded in enabling a fast and safe emptying process. This is achieved by automation, which has been adapted to the components such as the gripping system and waste compactor. Learn more about the ICOM system. 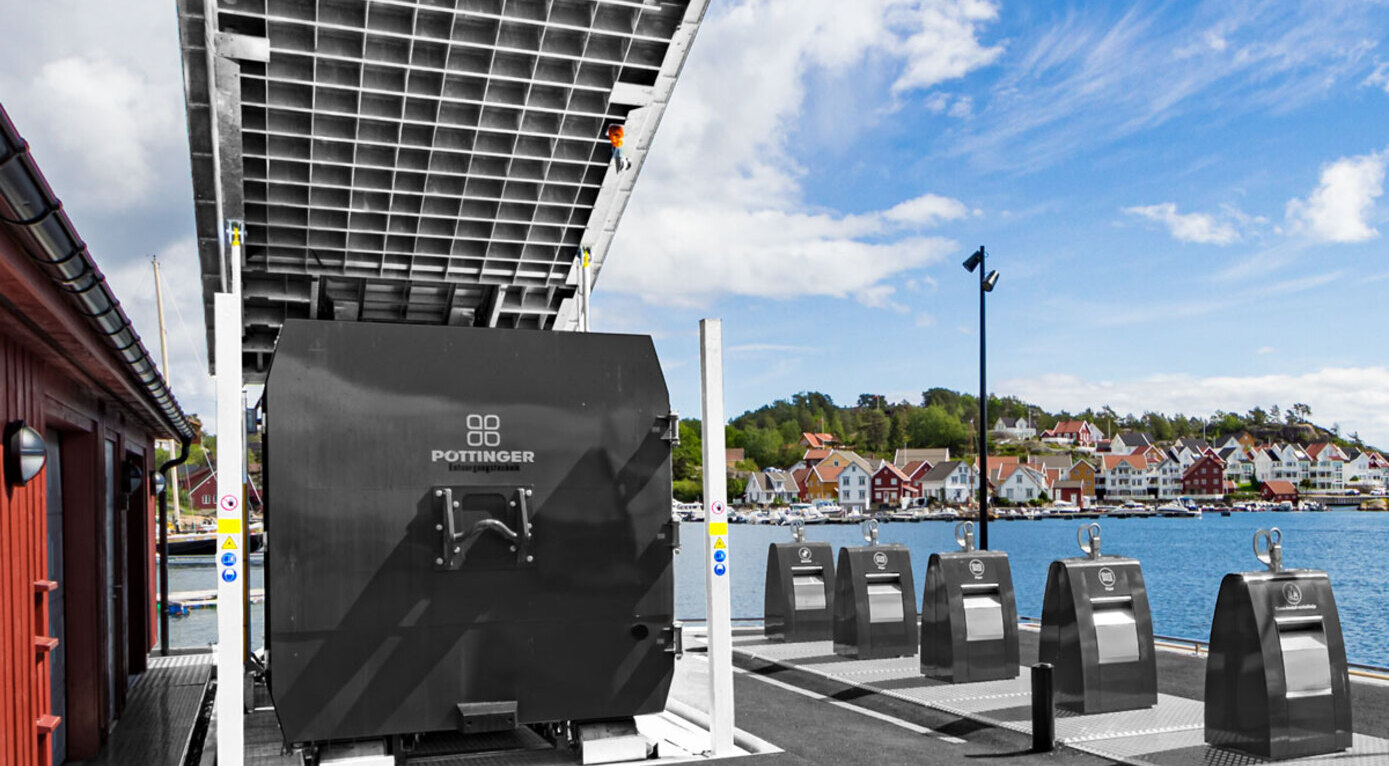 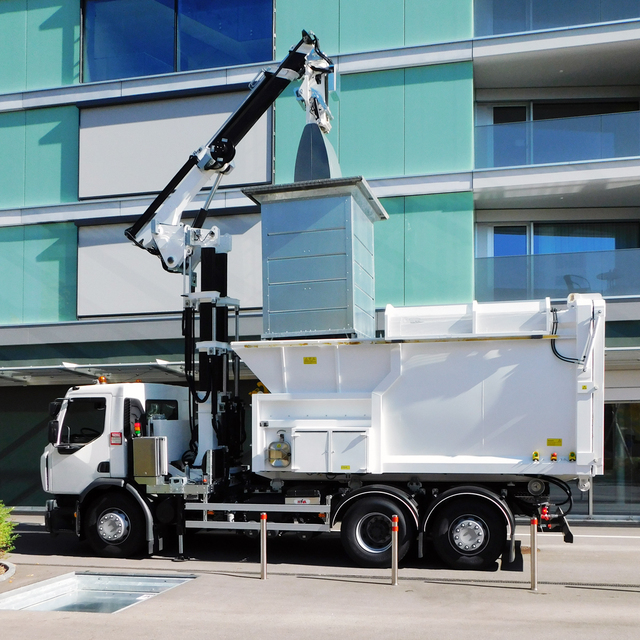 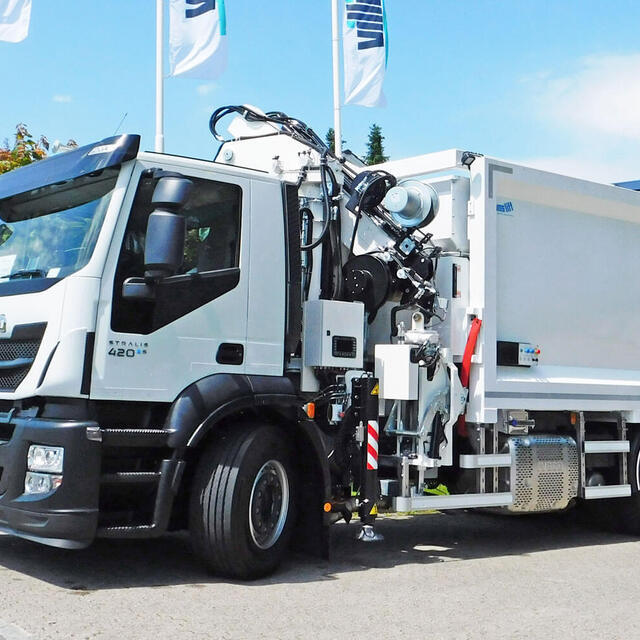 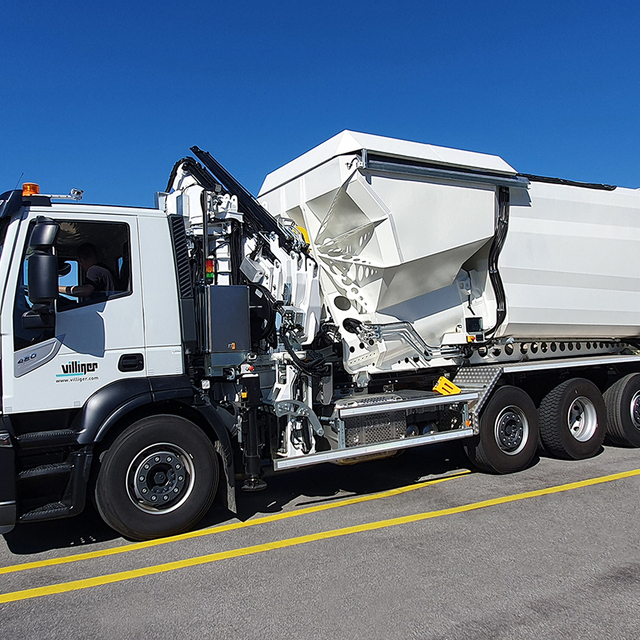 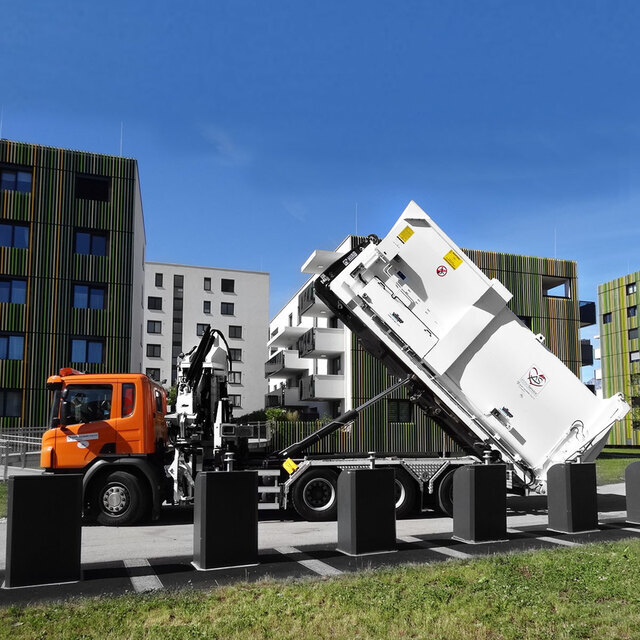