Quadromat system in the city centre of St. Gallen 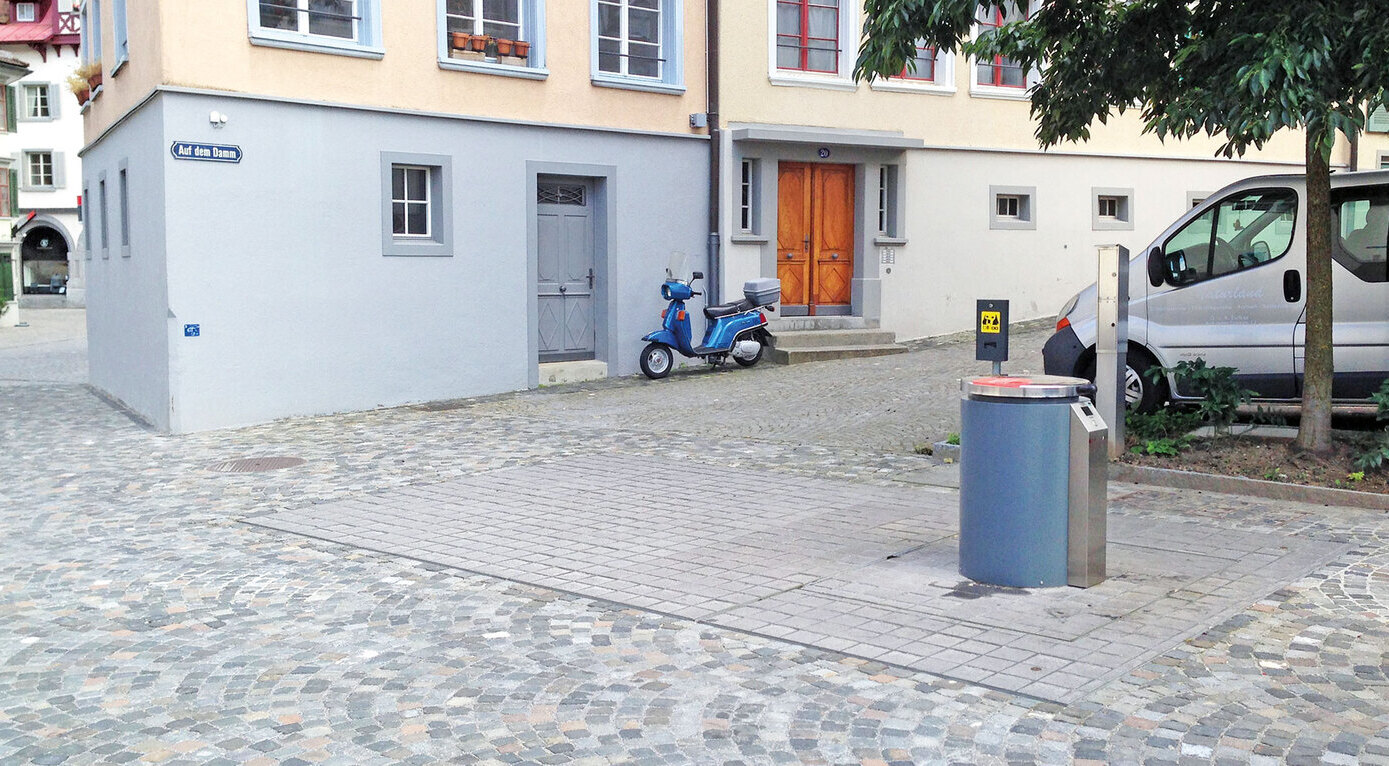 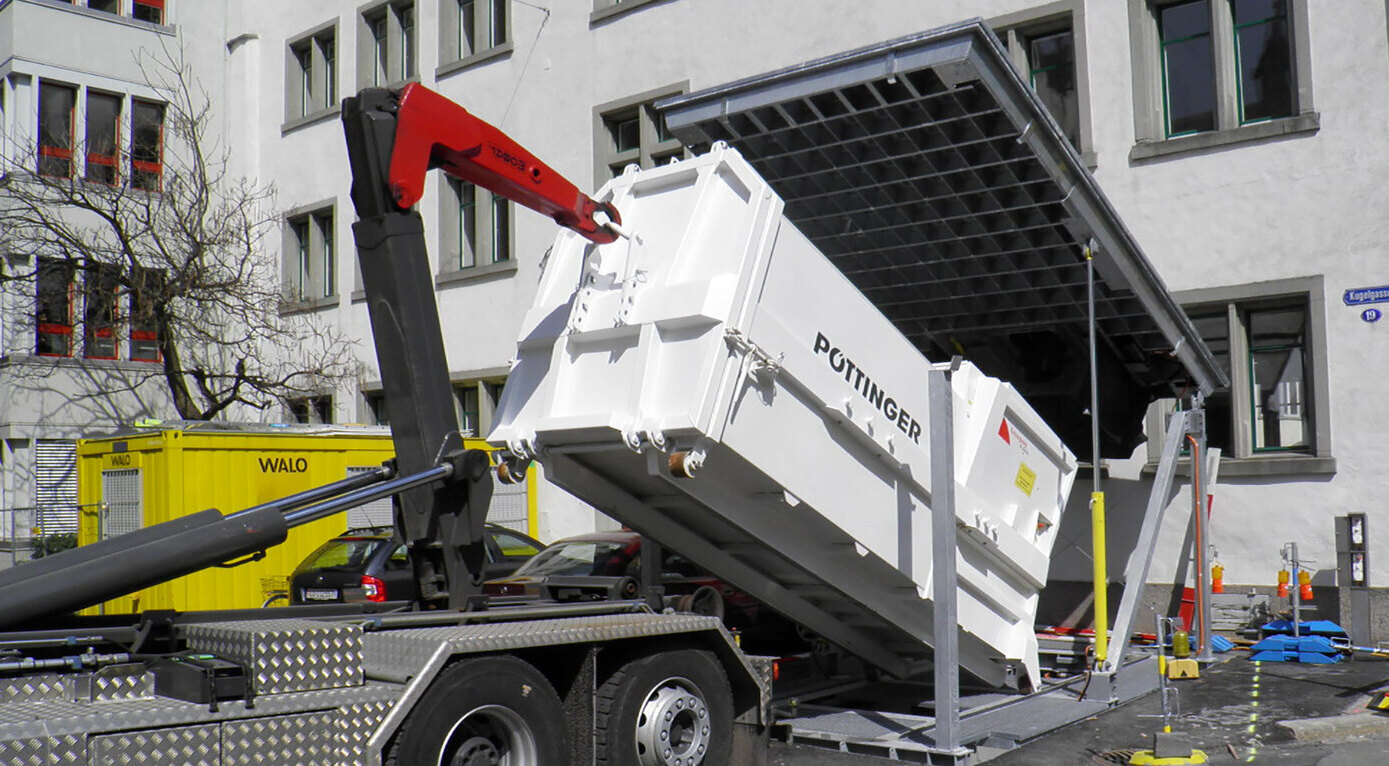 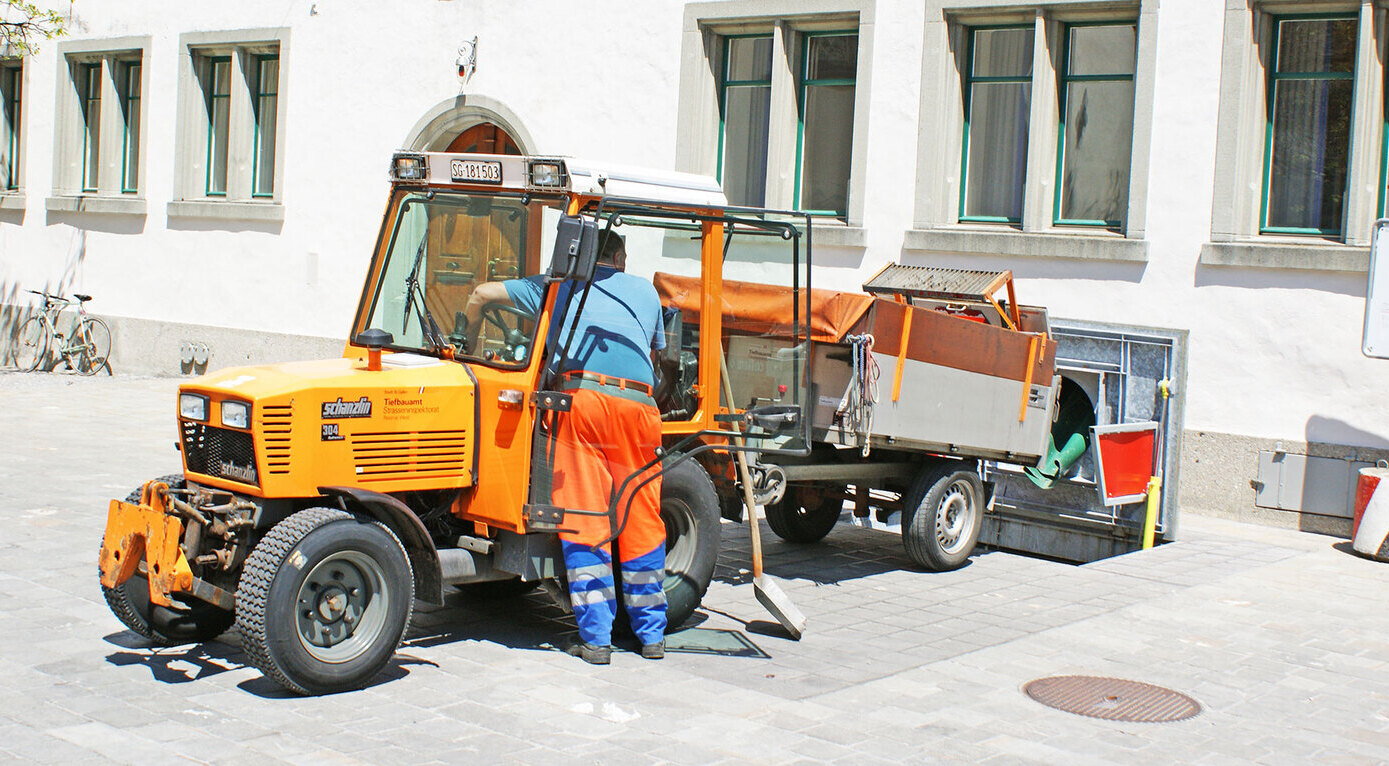 The waste disposal department of the city of St. Gallen would also like to offer underground collection systems in the city centre. However, the tight space conditions usually do not allow for conventional underground containers. The waste is to be collected underground and pressed on site so that the volume can be optimised and the available space is used optimally.

In order to meet the requirements, underground compacting containers were installed. As with the conventional underground containers, the main advantages of the system are that the refuse bags can be disposed of at any time, even outside the collection times. In addition, it prevents the waste bags from being torn apart by animals on the street or creating unpleasant odour emissions. The compacting container is sunk into the ground in an underground lift system. The lift system can be raised and the compacting container becomes accessible for emptying. The refuse sack is disposed of via the deposit column. For safety reasons, the throw-in flap is equipped with an access system that identifies the user and controls access. The flap can only be opened with a batch card. The emptying stations are close by and there is no need to travel long distances with the small vehicle. This saves costs and emissions. 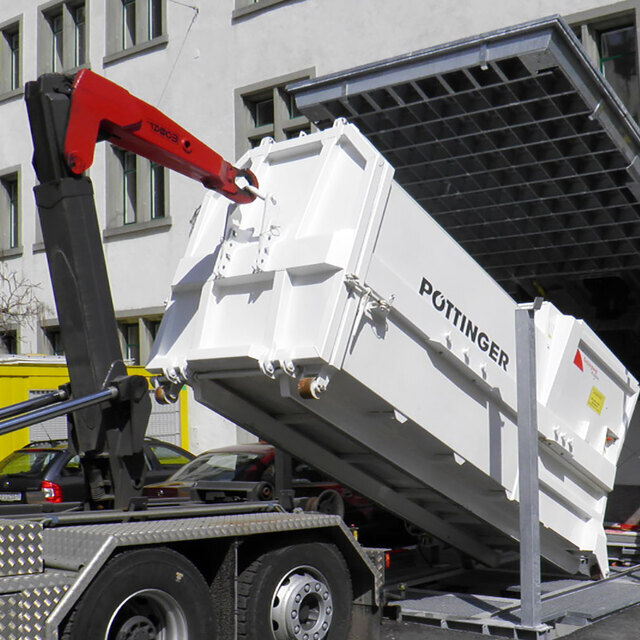 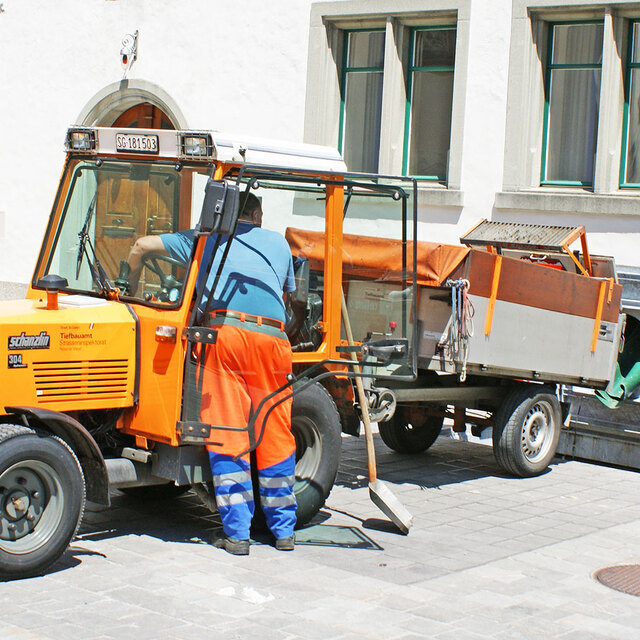 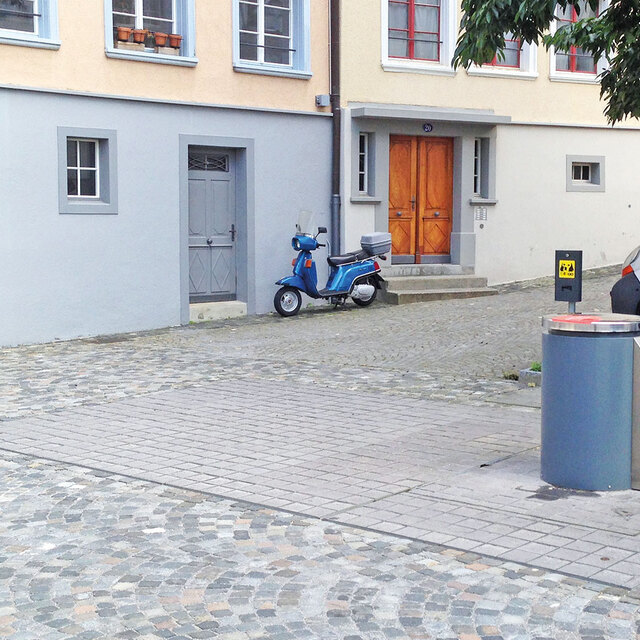