Villiger has been successfully producing Quadromat underfloor press stations for more than 10 years - already more than 100 systems are in operation every day and at least ten of them are for cardboard collection! Learn more in the example of our implementation "Quadromat system in Lugano". 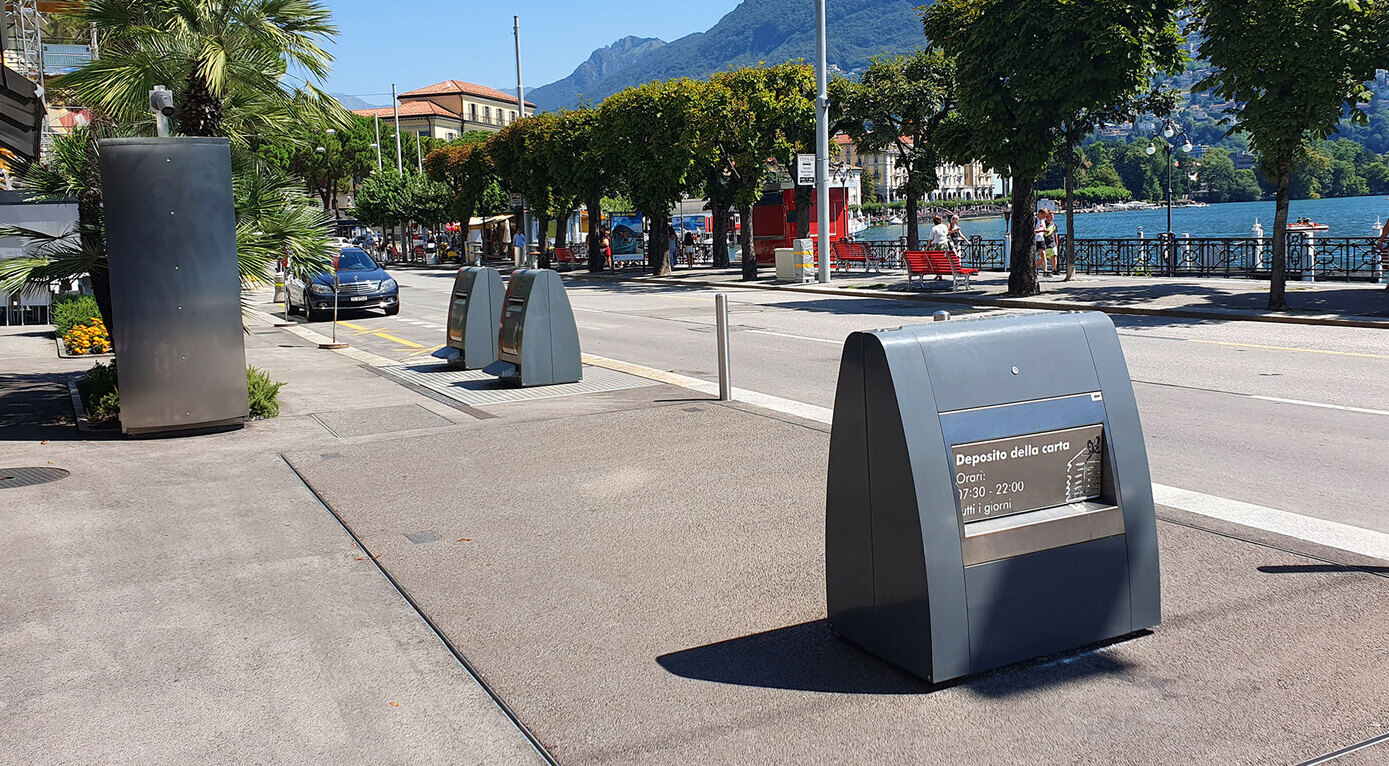 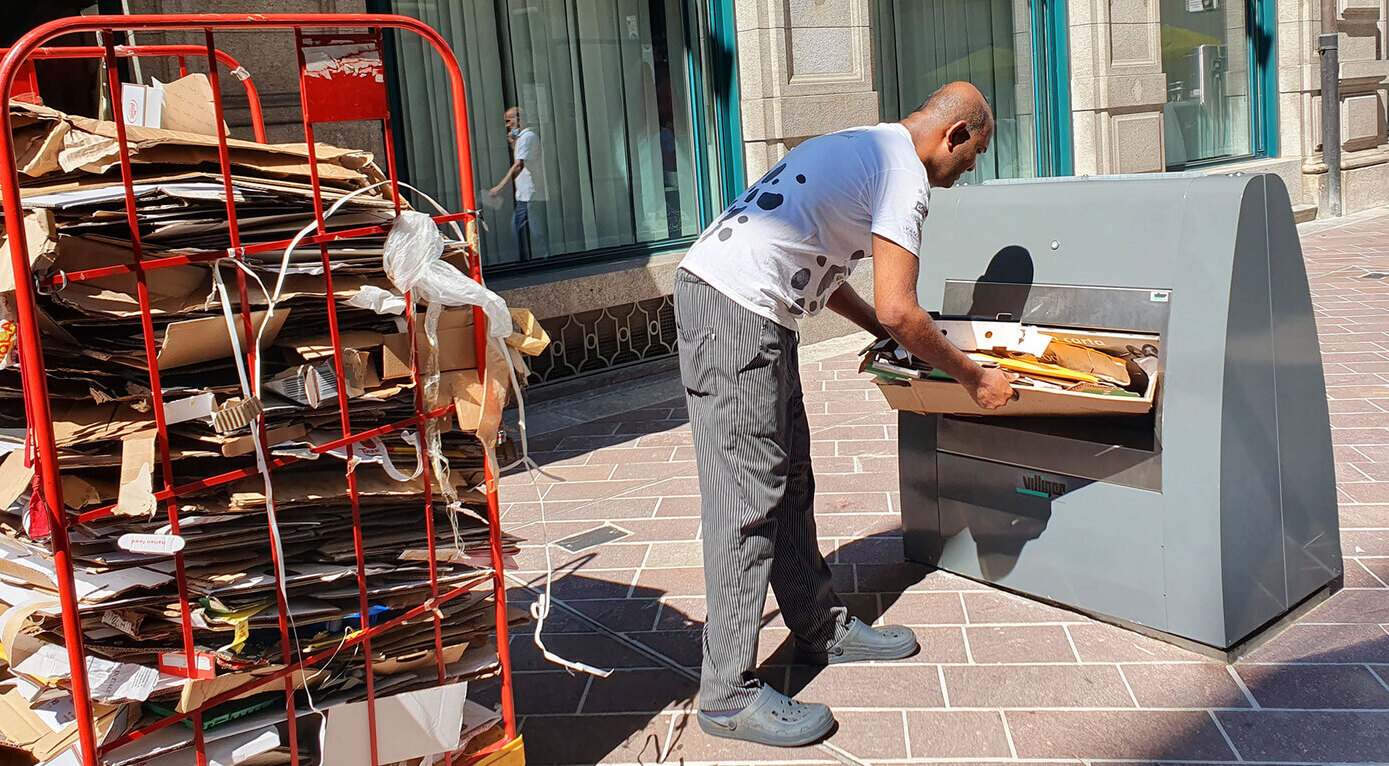 Lugano's attractive promenade has numerous retail stores and boutiques, as well as hotels and restaurants, where large quantities of cardboard are generated every day. It is also worth mentioning that Lugano has more than 700 underground containers for waste. The city's strategy is to install underground compacting containers for cardboard in the city center. Thanks to the well thought-out "Quadromat" disposal concept, all businesses but also private individuals can dispose of their cardboard underground in the collection points. The throw-in is regulated with specific opening hours and thus locked during the night.

The three collection points have enabled the city of Lugano to optimise disposal. In addition, transport journeys could be reduced - by means of a notification by e-mail when the fill level reaches 75%. This means that emptying can be coordinated with the resources and the vehicle fleet of the city of Lugano.
This results not only in a time saving, but also in an enormous cost reduction in the long run. In addition, the Quadromat systems are aesthetically integrated into the surroundings and the space available in the city is optimally utilised. 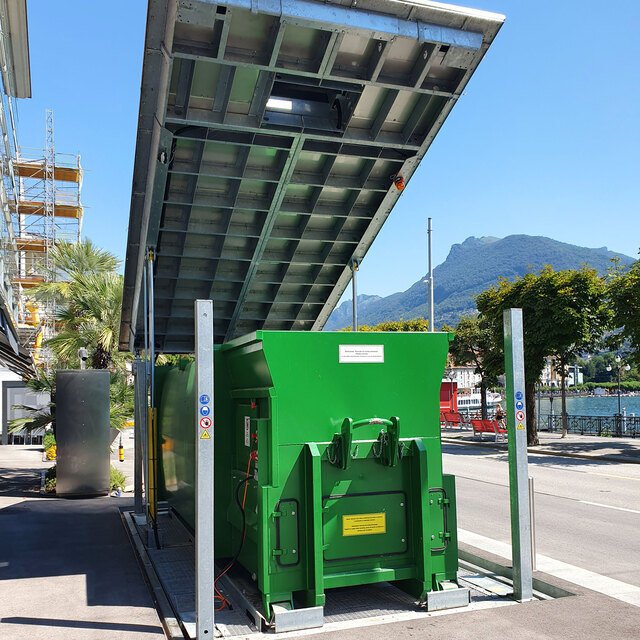 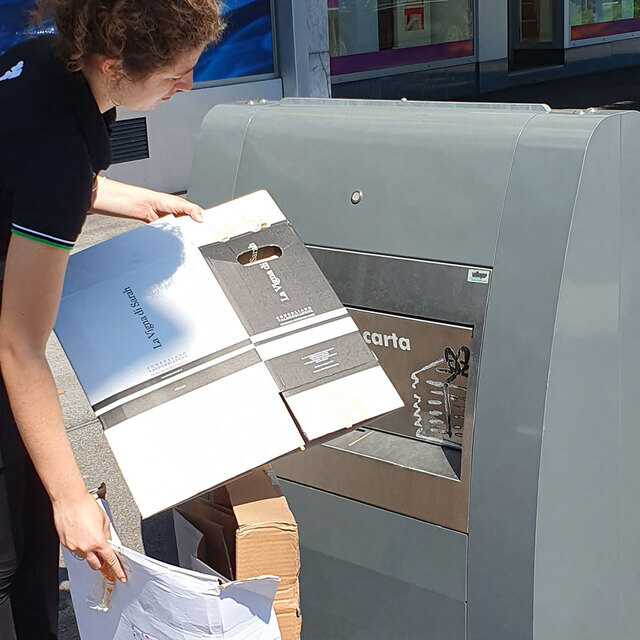 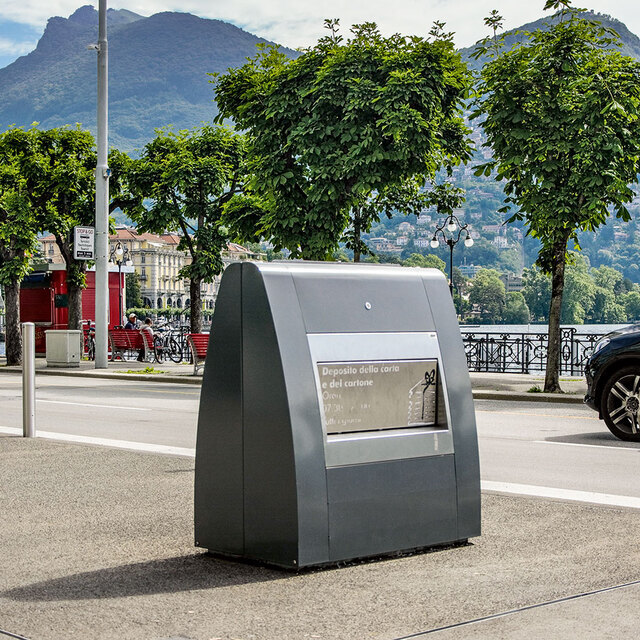 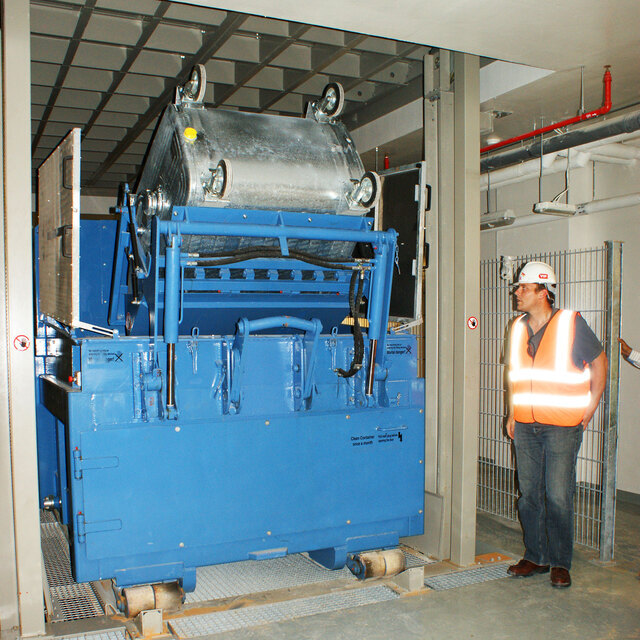 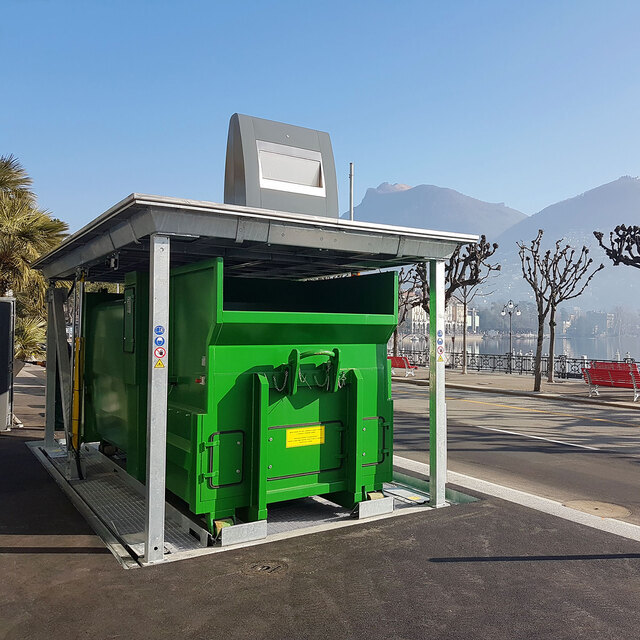 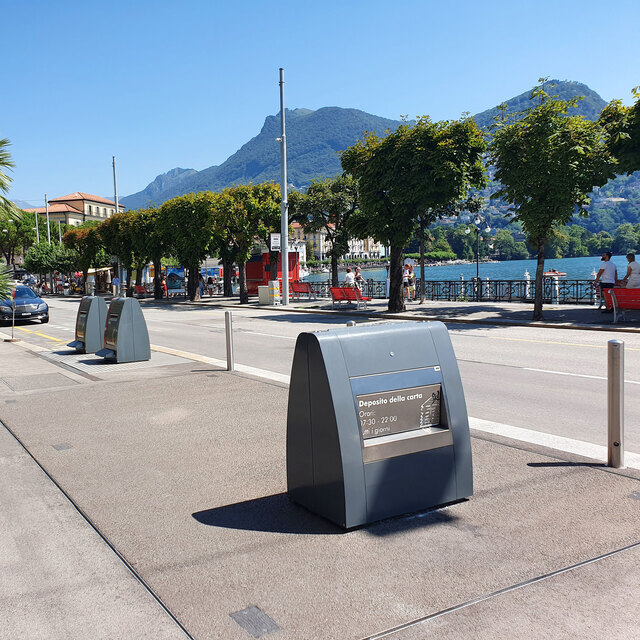